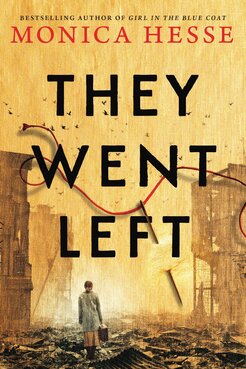 Germany, 1945. The soldiers who liberated the Gross-Rosen concentration camp said the war was over, but nothing feels over to eighteen-year-old Zofia Lederman. Her body has barely begun to heal; her mind feels broken. And her life is completely shattered: Three years ago, she and her younger brother, Abek, were the only members of their family to be sent to the right, away from the gas chambers of Auschwitz-Birkenau. Everyone else--her parents, her grandmother, radiant Aunt Maja—they went left.

Zofia's last words to her brother were a promise:Abek to Zofia, A to Z. When I find you again, we will fill our alphabet.Now her journey to fulfill that vow takes her through Poland and Germany, and into a displaced persons camp where everyone she meets is trying to piece together a future from a painful past: Miriam, desperately searching for the twin she was separated from after they survived medical experimentation. Breine, a former heiress, who now longs only for a simple wedding with her new fiancé. And Josef, who guards his past behind a wall of secrets, and is beautiful and strange and magnetic all at once.
​
But the deeper Zofia digs, the more impossible her search seems. How can she find one boy in a sea of the missing? In the rubble of a broken continent, Zofia must delve into a mystery whose answers could break her—or help her rebuild her world. 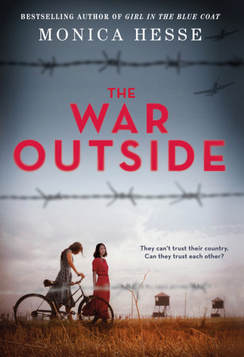 ​Margot gave up everything to keep her family together. And now they are together—imprisoned in Crystal City internment camp, worlds away from their German-American farm community in Iowa. But the camp is changing them, day-by-day and piece-by-piece. As Margot watches her mother’s health deteriorate and her loving, patriotic father turn into a man who fraternizes with Nazis, she wonders what more it will take to keep her family whole.

Haruko tries to maintain a façade of serenity once she arrives in Crystal City, making friends at high school and shopping in the general store. Yet Haruko feels anything but serene, suffocated by dust, heat, and her deepest fears: that her own father is hiding a secret from her. And that her soldier brother, fighting in the Japanese-American unit of the U.S. Army, is hiding a secret from everyone.

The two strike up an unlikely, secret friendship, and their time together becomes a gift and a refuge. But in a desert prison camp that presents a pale imitation of life, can anything so real and fragile survive? An unforgettable novel of conviction, love and betrayal that will stay with you long after you've turned the last page.

The arsons started on a cold November midnight and didn’t stop for months. Week after week, the people of Accomack County waited to see what would burn down next, watching each other first with compassion, and later suspicion. Vigilante groups sprang up, patrolling the rural Virginia coast with cameras and camouflage. Volunteer firefighters slept at their stations. The arsonist targeted abandoned buildings, but police couldn't watch them all. Accomack was desolate—there were hundreds of abandoned buildings. And by the dozen they were burning.

Washington Post reporter Monica Hesse drove down to the reeling county to cover a hearing for Charlie Smith, a struggling mechanic who upon his capture had promptly pleaded guilty to sixty-seven counts of arson. But as Charlie’s confession unspooled, it got deeper and weirder. He wasn’t lighting fires alone; his crimes were galvanized by a fantastical love story. American Fire is a true-crime novel about love, arson, poverty, pride, WalMart, stakeouts, and the meaning of rural existence in the modern world. (Buy from Amazon, Barnes & Noble, Books-A-Million, or your favorite local retailer.) 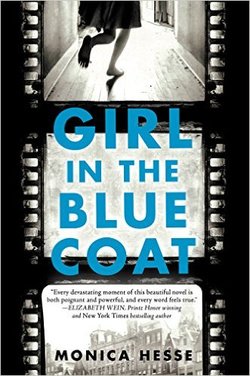 The missing girl is Jewish. I need you to find her before the Nazis do.
​
Amsterdam, 1943. Hanneke spends her days finding black market goods for paying customers,  her nights hiding this work from her concerned parents, and every waking moment mourning  her boyfriend, who was killed on the Dutch front lines when the Germans invaded.

On one routine delivery, a client asks Hanneke to find something particular -- not meat or  cigarettes, but a person, a Jewish teenager the client has been hiding, who has vanished from a  secret room. Hanneke initially wants nothing to do with such dangerous work, but is ultimately  drawn into a web of mysteries and stunning revelations that lead her into the heart of the  resistance, open her eyes to the horrors of the Nazi war machine, and compel her to take  desperate action. (Buy from  Amazon, Barnes & Noble,  Books-A-Million or your favorite local retailer). 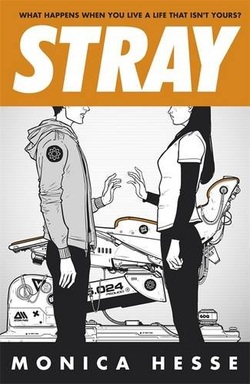 Lona Sixteen Always has lived nearly all of her life as someone else. Part of a unique virtual reality experiment, she spends twenty-three hours a day on the "Path," reliving the memories of a boy who lived decades ago. Any other life is unimaginable, until one day someone who doesn't belong appears on Lona's screen -- Fenn, her long-lost friend, has returned to set her free.


Lona is wrenched brutally into a life that is suddenly all her own, one that promises liberty and love. But Lona discovers there is a heavy price to pay for straying from her assigned path. Real life has no guarantees, after all. (Hot Key books; click here to read the first chapter, and here to buy). 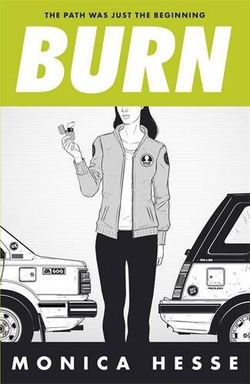 Lona Seventeen Always has escaped from Path, the virtual reality experiment in which she was raised, only to learn real life is scarier than she ever imagined. Plagued by strange memories and dreams, she begins to question her own sanity. Who is she really?


Lona knows she can only be whole once she solves the mystery of her subconscious, but where are the clues pointing? To the mother who abandoned her at birth? To old foes she thought she'd defeated? Or after all this time, does every bread crumb still lead her back to Path? The price of her answers could cost her more than she ever imagined. (Hot Key books; click here to read the first chapter and here to buy.) 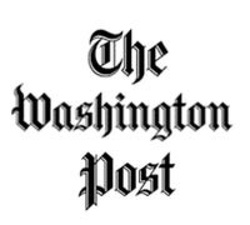 Monica is a columnist for the Washington Post. A full list of her articles can be found here. Some recent favorites include:

​The Long Drive: Emily's appointment for an abortion is 400 miles away. That's a lot of time to think.
Tracy and Kathryn Get Married: Same sex marriage came suddenly to conservative Oklahoma, and now one family had to navigate a wedding.
Politics, Stripped: What happens when a former councilman and Supreme Court clerk decides his destiny is running a strip club?
The Mattress Salesmen of Memorial Day: It's the busiest week of the year for those in the bed business.
Four Shattering Days: Fifty years after his death, a meticulous reconstruction of John F. Kennedy's assassination.