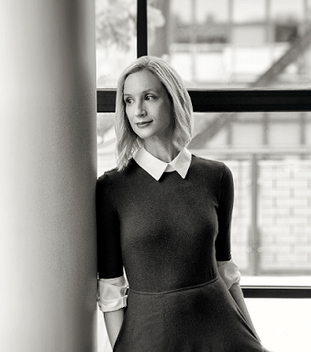 Monica Hesse is the national bestselling author of the true crime love story American Fire and the Edgar Award-winning young adult historical mystery novel Girl in the Blue Coat, which has been translated into a dozen languages and was shortlisted for the American Booksellers Association's Indies Choice Award. You can learn more about her latest book, They Went Left, ​here.

Monica is a columnist for the Washington Post, where she focuses on gender and its impact on society. Prior to that, she was a feature writer who covered royal weddings, dog shows, political campaigns, Academy Awards ceremonies, White House state dinners, and some events that felt like a mixture of all of the above. She has talked about these stories, and other things, on NBC, MSNBC, CNN, CSPAN, FOX and NPR, and she has been a winner of the Society for Feature Journalism's Narrative Storytelling award, and a finalist for a Livingston Award and a James Beard Award. Monica lives in Maryland. with her husband and a brainiac dog. All of her newspaper writing can be found here.